On May 22, 2011, Britney Spears was featured as a guest performance of both Rihanna's and Nicki Minaj's performances at the Billboard Music Awards.

With Rihanna she performed S&M. The previous month, a remix of S&M had been released, and it featured Britney. Later that year, Britney would include the song on her Femme Fatale Tour in a medley with her classic hit ...Baby One More Time.

With Nicki Minaj, after she finished her performance of Super Bass, she started rapping her part from the Till the World Ends (Femme Fatale Remix) released on April 22, which also featured Ke$ha. Britney joined her onstage to perform a shortened version of her song. 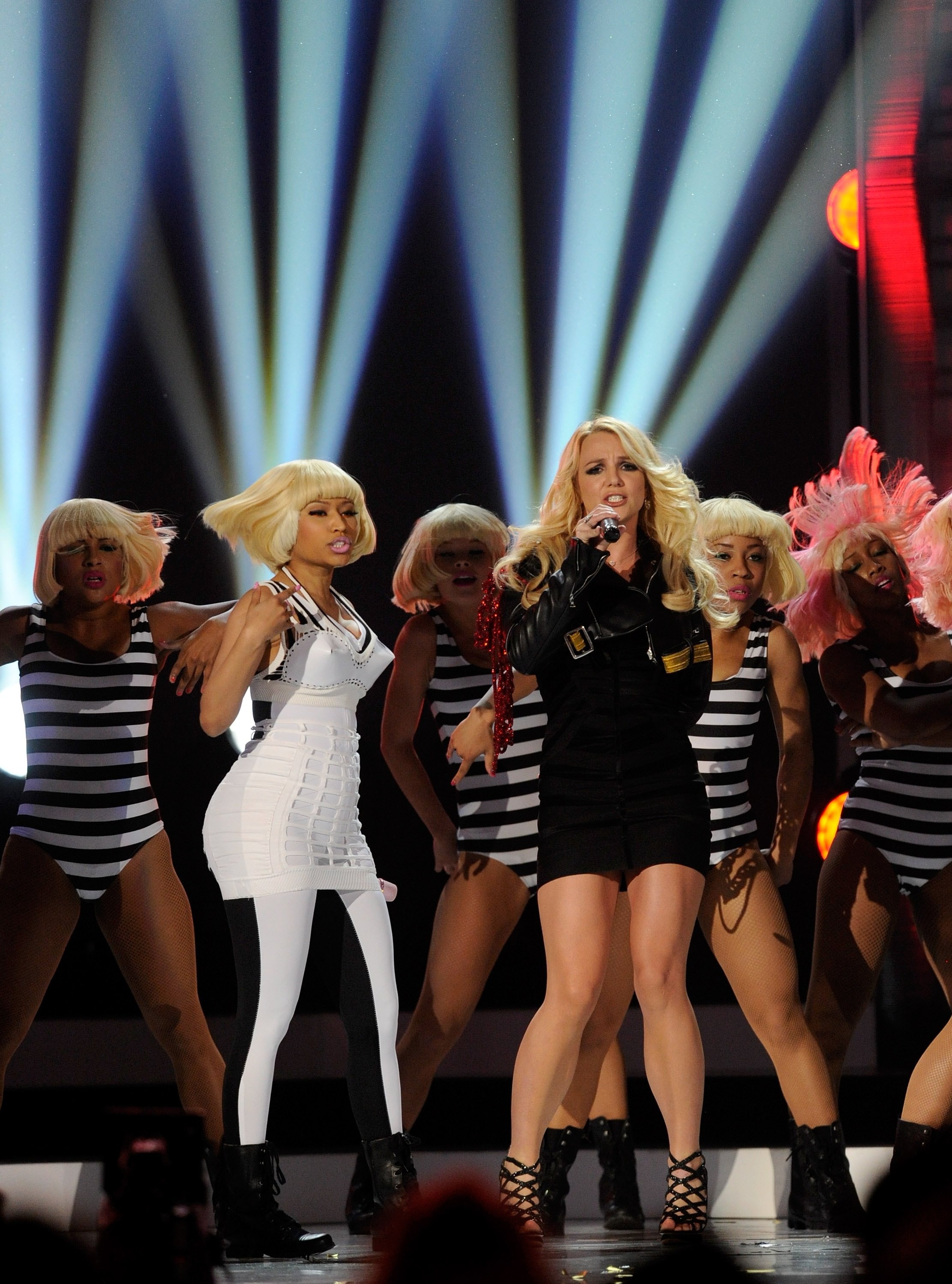